As filmmakers we came to Jamaica to tell stories. We didn’t set out to find any one story rather, we wanted to meet the individuals running local, community programs. The ones who had dedicated their lives to making some small part of their world, their communities, a better place. And so for our films, we realized, these were the people who needed a voice.

UNICEF provides support to these people, and in that empowerment, two local organizations can do great things. One person at a time. Something that impressed me deeply about both organizations we spoke with, Eve for Life and The Peace Management Initiative, is the way they’re helping young people to rebuild their lives. They aren’t just providing services, they’re giving people the skills and support to reclaim their identities, and they’re offering opportunities to pass along this positive knowledge. For Eve for Life that’s helping girls and women recover their lives after sexual abuse, for PMI that’s giving often-former gang members the chance to teach young kids that gang violence doesn’t pay, to pass along lessons they wish they’d learned early.

At Eve for Life, every young woman we spoke with was incredibly articulate, they could express what they had experienced and what had happened to them with such eloquence – despite their trauma, despite how young they were. These were girls who had been abused almost since the day they could walk, and yet they had this deep grasp of their situation and how they could now make the world a little bit of a better place. They were able to stand up and say, ‘I’m not what happened to me. I’m greater than my abuse. I can teach everyone around me about this kind of sexual violence, and I will make the world a better place for myself and my children.’

We went to their offices in Montego Bay, and found this little blue room above a bakery. Hotter than hell, packed with chairs and supplies and materials, I can guarantee you this little cramped office was saving lives, every single day. This was a place that was empowering young women, to heal themselves, and to heal others as mentors. They were providing a community to people who needed it most. And as an organization, whether you’re helping one person, or millions, you are trying to make the world a better place – for me, that’s an incredibly beautiful thing, to see the viral effect of doing good.

With the PMI, we spent several days in Spanish Town and Kingston in some tough neighborhoods. In each of these communities, you could see that the PMI are a fixture in these places. Their Violence Interrupters, former gang-members who have dedicated their lives to ending violence, are respected, they’re recognized in the streets – these are young men who have taken a stand, and are carving out a place for themselves as role models. As men who don’t rob or steal to get ahead. In so many towns and cities and neighborhoods like this the world over, young people have few positive role models to look up too, but the PMI is dedicated to creating positive forces in the community – young men to look up to.

We sat down with Damian Hutchinson and Milton Tomlinson who run the PMI and they were such humble, impressive people. They wanted to focus on their success stories – their people – rather than themselves. They wanted to focus on the men who live and breathe the programme, men like Michael ‘Cash’ Richards, and Dave Sewell. Dave spent over 20 years in prison, and has now dedicated his life to steering a new generation of kids away from making the same mistakes he made.

I hope that people can watch these films, everyone, from everywhere, and learn something new about their world. Learn about the world’s problems, and its heroes. That there are people dedicated to the positive in the world – that no matter how bad things may be for them, there are other young people out there just like them, turning things around and looking towards the future. So many problems in this life come from not having a voice, from being forced to remain silent, and what we found in Jamaica were incredible people with so much to say – and it was our honour to have the chance to help give them a voice.

See all in Safety and justice
children first, unicef, jamaica 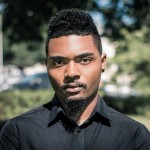 Born into donship, I now live to build peace in my community