Suicide. Not a word we want to associate with our young people. However, while adolescence is a time of life which can be exciting for many, it is also when young people are going through a lot of changes, asking questions of life and themselves. Stress factors such as extreme pressure to perform academically, bullying at school, and violence and abuse in their home and community can all contribute.

We know from a 2014 Ministry of Health report, supported by UNICEF, that more than 60 per cent of the people admitted to hospital having attempted suicide are below the age of 25. That is such an overwhelming statistic. It is hard to imagine that many young people who feel so unsupported that not only do they think about suicide, but they try.

You will have seen in the media recently the results of another report we supported – the 2015 Child Health and Wellness Study in Residential Childcare Facilities, conducted by the Child Development Agency (CDA) and the National Family Planning Board (NFPB). It revealed that 40 per cent of the 63 girls surveyed had attempted suicide.

It’s important to note that these girls are young people whose survival of abuse ­– sexual, emotional and physical – has left them dealing with depression and mental health issues.

These girls are a particularly at-risk population, but the findings tally with what we know about the levels of abuse and violence faced by Jamaican children and teenagers in general. More than 1 in 5 girls report forced sex. In 2014, half of rape reports to the Jamaica Constabulary Force (JCF) were children. Between January 1 to August 12 this year, 35 children were murdered – a 46 per cent increase compared to the same period in 2016.

Parents have a major role in protecting their children from abuse, and in providing emotional support when depression and ultimately suicidal feelings arise. Parents also play a role in helping adolescents manage the stress associated with school performance. According to the Ministry of Health study, 20 per cent of students said parental pressure was the greatest stress factor leading to suicidal thoughts. While parents must encourage students to attain academically, they should be careful that they are not amplifying the pressure but helping students to manage their time and school related responsibilities.

all I feel is pain. pain. just agonizing turmoil. it’s like my insides were made from brutal sadness and pathetic despair. and it just swallows me up. but not really swallows, because it is me. it can’t swallow me because i am it. i am pain. and then it all goes away and i’m numb. non existent.. sometimes i want the pain because not feeling tortures me more. i can go from brutal absolute pain to absolute desolation in less than a second. like it’s a game. that i don’t want to play anymore.

Young people need to feel free to talk to someone they trust, or to seek the kind of professional help that they need. But this is hard in a country where mental health issues are highly stigmatized. Too often these issues remain bottled up. This can lead to young people acting up either in anti-social behaviour, depression, self-harm or worse, attempting suicide.

Young people may turn to a close friend to confess their suicidal thoughts, and ask that this be kept secret. But there are no secrets to keep around suicide.

How you can save a life

When someone confides in you that they have a plan to end their lives, or is thinking about suicide but not seeking help, then it’s incumbent on you. You can disclose to a professional or responsible adult to do something about it. You can save a life.

Guidance counsellors may be able to help. Adolescents can also visit their nearest health centre where health care workers can refer them to the right services; and several child guidance clinics offer such support to adolescents. For immediate help, they can call Choose Life International in Kingston: 28 Haining Road, Kingston 5, Jamaica – (876) 920-7924. 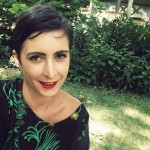 EVE for Life: Support and community for survivors of sexual abuse