Ramez*, a 17-year-old resident of old Homs, had gone without eating for two days. His eyes lit up when he found half a can of tuna in the abandoned basement. Now the choice was to have it himself or to share it with Lama, his girlfriend who was with him on the rummaging mission. She was hungry too, only in a worse state than him. Ramez gave the open tuna can to Lama.

“At that moment,” recalls Ramez, ‘I realized I still had compassion left inside me”.

Looking back at the days in siege, Ramez who emerged from the old Homs when the 600-day siege was finally lifted on 7 February, can barely hold back. Not quite an adult yet, he has this menacing confidence of a survivor who has seen it all. He flings a cigarette in his mouth with the flourish of a chain smoker and settles to tell me his story. “We spent days and nights inside underground sewage pipes that kept us safe from the military and the mortar fire. Do you know how it feels like trying to sleep in a wet and smelly shirt and trouser, smelling sewage close by? The question is asked with dispassion, almost matter-of-factly.

Rijal*, 35, once a practicing dental surgeon in old Homs, along with his wife and 13-year-old daughter who suffers from autism says it is impossible for anyone except those caught in the siege to comprehend how it feels to have no food from anywhere, indefinitely. He says often his daughter, unable to express her pangs of hunger, would get severely violent and tear off her hair. “On a day when we were able to miraculously find flour and bake a bread, we had to hide it in the bathroom for fear of being vandalized by the dozens of hungry neighbors caught in the siege”.

Rijal says dealing with hunger and sickness for months on end is slow death. “As a doctor, I realized how cruel it was for the newborns and the infants who could not have any chance of taking vaccinations. With open war, the tight grip of the siege and without life-saving vaccinations, the survival of a whole generation of our children is a big question mark”, he tells me.

When news came in early February that children, women and the elderly could leave the old city of Homs, those who could, made the decision to leave what was left behind and to walk to freedom on the other side. A distance of less than 500 meters separated them from a place of relative calm, and the promise of food and freedom. But the truce was shaken by repeated shooting and shelling that prevented many civilians from leaving, killed 11 people, and forced U.N. and Syrian Red Crescent workers to repeatedly halt evacuations and shipments of food into the besieged districts. In the end, around 1,300 made it out — including 500 children, 20 pregnant women and a number of persons with disabilities, according to accounts from U.N. and Syrian officials.

By the end of 2013, an estimated six and a half million Syrians have had to leave their homes in search of minimal safety for their children and families. But there are a quarter-million still trapped in blockades imposed by the warring parties in over 40 locations across the country. In the game of cat and mouse where each side seeks to wear down the other, the civilians are a prized currency of exchange. Those killed serve as the trophies of war and victory, and those who survive, albeit in unspeakable conditions, serve to remind us all of the cost that war exacts.

What we are witnessing in Syria may be one of the worst, most brutal humanitarian tragedies. The blockades imposed by the warring parties are long – in the case of old Homs, they lasted almost for two years – and punishing. Within months after these areas get sealed off, food and medicines start running out. Hunger, disease and death fester in the sealed-off areas, leading to dire human wastage. Yarmouk, areas in rural Damascus and Aleppo have all witnessed protracted blockades, rendering thousands vulnerable to untold misery and sowing ever greater hate and revolt.

On 22 February, in a rare show of unanimity, the United Nations Security Council Resolution on the humanitarian situation in Syria, called for boosting the delivery of humanitarian aid to Syria and for an immediate cessation of all forms of violence. The Security Council called through Resolution 2139 on all sides of the conflict to lift sieges on populated areas, including areas in Aleppo, Damascus, Damascus Countryside and Homs, in addition to emphasizing the importance of medical impartiality and disarming medical facilities, schools and other civilian facilities.

It remains to be seen whether the resolution will ease the suffering of the Syrian people – 15 March 2014 marked three years of the devastating conflict in Syria.

It needs to be acknowledged that from time to time the world has seen tangible progress on humanitarian access in Syria including through the enforcement of local-level ceasefires leading to distribution of vital life-saving food and non-food supplies and the relative success of the polio vaccination campaign. The international community will inevitably have to engage in a lessons-learnt exercise from the recent lifting of the siege in old Homs.

But Rijal’s question remains – is there still time to prevent a lost generation?

* All names have been changed to protect identity. 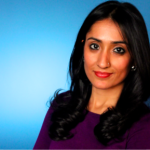 Yazidi children and families who have fled to Syria from Iraq are receiving emergency help, but more is urgently needed.